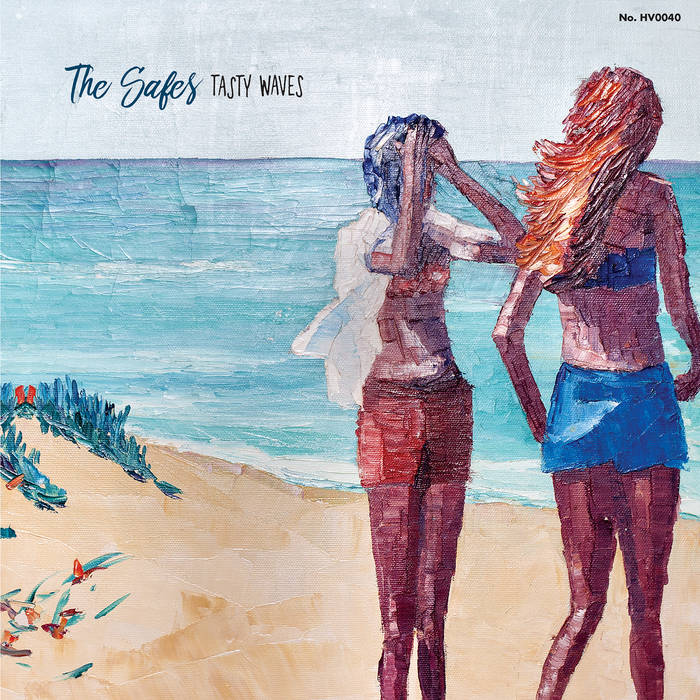 The Plural Of Vinyl

** Preview the first track from Tasty Waves, "Hometown" at youtu.be/Dggd1VhHfqo

BIO:
The Safes possess that unique chemistry that only exists when a talented group of siblings form a band (ala The Kinks, The Breeders, The Stooges, Redd Kross, JAMC, Right Said Fred). Call ‘em “garage-kissed power pop” (San Francisco Chronicle), “Atomic pop” (Rolling Stone), or simply “wild and crazy” (Chicago Tribune), The Safes have collected plenty of accolades for however you’d like to sum up their expert-level snappy songwriting and sharp showmanship. Now, with the band’s latest album Tasty Waves, the brothers O’Malley (Frankie and Patrick) with drummer Dex Fontaine and bassist Curt Schmelz are bringing the music of The Safes to both their loyal fans and a whole new set of ears. When it came to getting this sweet sound down in the studio, the boys teamed up again with seasoned record producer Brian Deck (Modest Mouse, The Shins). The band’s “smart, melodic music” (NPR) is rooted in ‘60s-70s inspirations such as The Who, Rockpile, Big Star, Elvis Costello – artists who knew how to deliver big on record and on stage. Contemporary comparisons such as Thee Oh Sees, Ty Segal, Generationals and Mikal Cronin make a whole lot of sense, too.

"Having been one of America's great rock n' roll treasures since the early 2000s, The Safes are one of those bands you can always count on. There is no such thing as a bad Safes record, and the band's rep as a live powerhouse has been hard-earned and well deserved. This is one of the few bands I can name that has remained in peak form throughout each of the last two decades. And so with the recent release of The Safes' fourth album Tasty Waves on Hidden Volume Records, I braced myself to be wowed. I was not let down.

With this particular set of songs, we get a Safes album that feels quite different from its predecessors. I'm not sure I want to use the dreaded "mature" description, but the absence of any obvious full-throttle rockers really emphasizes craft over crackle. Of course there's more than enough punch in the band's attack, and the songs remain lean at a total running time of 22 minutes. But standout tracks like "Hometown", "Crystal Ball", and "Nobody Cares Anymore" are true triumphs of skillfully woven melodies and highly creative songwriting. I'm especially impressed with the subtle touches that bring timeless '60s pop into the modern age. Front to back, The Safes have never delivered a better collection of songs. And the album just sounds amazing - the band working with producer Brian Deck to achieve a warm and wonderfully rich fidelity. Tasty Waves, like everything else The Safes have done, is an essential purchase"

"Two great tastes that taste great together, the Safes (who I have been a fan of for several years) and the terrific Hidden Volume label. Most Safe’s records were self-released so good to see they hooked up with the cool Baltimore label. A band this good deserves the support. The band hails from Chicago and is the brainchild of the O’Malley brothers, Frankie and Patrick (both play guitar and sing but Frankie writes all of the songs) plus bassist Curt Schmelz and drummer Dex Fontaine (coolest name in rock) and they specialize in catchy, 60’s influenced garage pop and the do it well (they even add some horns and a cello on this record). O’Malley is adept at writing catchy, 3-minute, no BS songs that bear repeated listens. On side A “Hometown,” “Mediocre Jokers’ and “Crystal Ball” were my faves (no bad tunes here) while on side B O’Malley shows his storytelling skills on cuts like “Nobody Cares Anymore” (“You can throw a baby off roof, life’s unfair and you are living proof”) or “Mind of Its Own” (“My brains got a mind of its own, full house but nobody’s home”). Despite the pic of these guys on the inside sleeve looking like some sort of Windy City street gang (“Hey Frankie, dis’ guy says he ain’t gonna pay us for the gig…..can we break his kneecaps?”…to which Frankie walks over and puts his cigarette out in the guys’ eyeball) there’s a beach scene on the cover, it’s on lovely blue vinyl, and plenty of righteous songs. In other words, nothing to not like here folks. Don’t be the last one on the block to discover these guys."