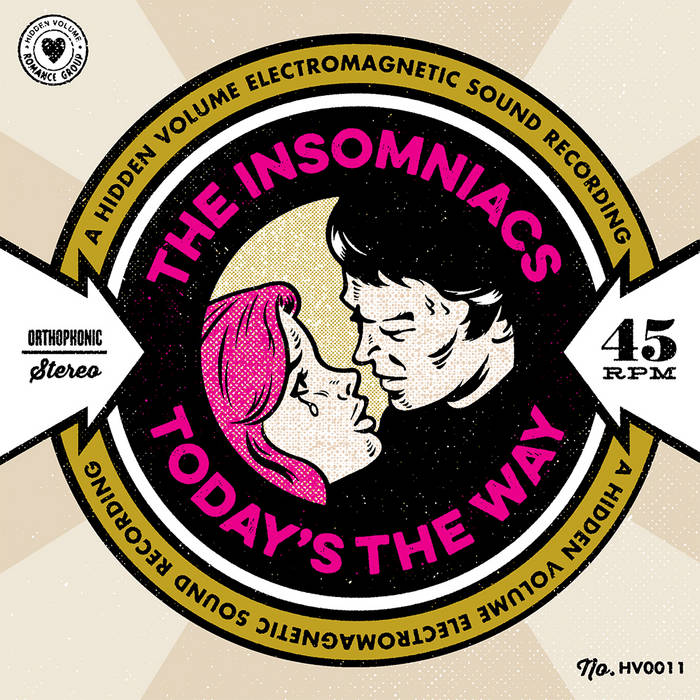 From 3hive.com:
3hive.com
"New Jersey trio The Insomniacs’ new 7″ single, Today’s The Way, is a head bobbing, toe tapping, power pop gem. My favorite of the two tracks is the B-side “Mr. Yesterday”, it’s snotty as hell and I can’t get enough of it."


From Kick Out The Jams (Spain):
oscarkotj.blogspot.com
[Horribly translated by Google]

"And to close this block I encounter with another band during the 90’s adored, from New Jersey Wojciechowski brothers who delivered two new tracks where graze the sky with two pop songs with case is that the influences of the mod sounds still beating the veteran heart of this trio, the ability to make incredible songs remains intact and the feeling that transmit me is the same as stoked on me when I first poked her second single “time Tricks” for the first time over 20 years ago . Since then each of their albums has become part of my vinyl collection and even visit them in an edition of Purple Weekend nearly cost me in his day job, but other stories, The Insomniacs leave another great album for my friend Scott, just for “Today’s the way” was worth waiting all these years to hear these three have left most of his legacy in Estrus again and that since his last album released for Screaming Apple in 2011 we had not heard from them. While “Mr Yesterday” sounds with guitars spitting buzzzzzzzz the speakers I start out his discography shelves and prepare myself eagerly to give me the pleasure of making a mental journey based memories. "