Object To Be Destroyed 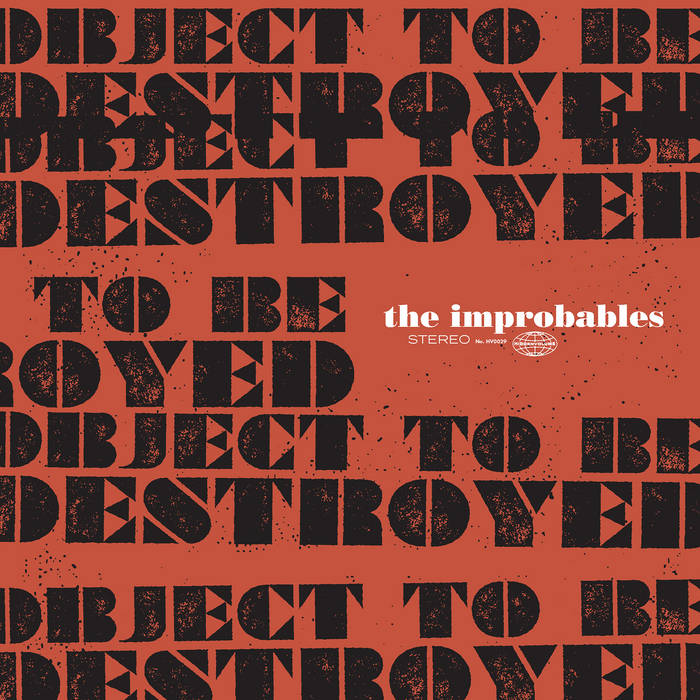 The Improbables initially formed in mid-1990s South Jersey out of a mutually and subsequently expanding love for Link Wray, Bo Diddley, the Cramps, Billy Childish, the Damned, Estrus Records, and the English Freakbeat comps. Spurred at the time by an oddly thriving Atlantic City independent music scene, the band honed their frenetic live set on the stage of the now defunct McGuire's Erin Bar and at a variety of Philadelphia venues. The Imps saw numerous lineup shifts over the ensuing years, disbanded for a while, and since reforming have established themselves as one of Philly's premier rock'n'roll trios. They have played with the likes of the Lyres, Lilys, and the Detroit Cobras, as well as with Hidden Volume labelmates The Stents and Louie Louie. In 2014, Hi-Vo released their "Bad Vibrations" (HV007) single and a follow up split single (HV0015) in 2015 (with The Stents)—both quickly sold out.

Equal parts 60-70's garage, soul, psychedelia and punk, the band's songs recall and preserve those moments in the life of rock 'n' roll when it was able to be self-aware without being self-conscious, and when a good time was inevitable.

"They've had our ear already with a couple of seven-inch singles over the last two or three years but wait until you hear this Philadelphia-based three-piece's debut LP. Like the MC5 long gone before them you better believe this is a group that means business and, if you let them, they will make a significant sonic dent in your brain. They have the usual traits associated with lots of modern, 60s inspired noise; fuzz tone guitars, vocals that are crammed with attitude (at times reminding a little of the snaking warble that Dead Kennedy's Jello Biafra possessed) and bursts of cool wailin' blues harp here and there ... but these guys sound a lot meaner, leaner, and significantly tougher than many now sound groups. 'Crawl With Me', 'I Don't Need A Thing', 'Losing Game' and 'Tired Of Living' are all hard-hitting garage style punkers but they've also sought to maximise potential by impregnating their sound with real heart and soul, plus some other secret ingredients to mark them out from the rest of the pack. Yeah, there's some genuine sweat and grit gone into bringing these recordings to life, and they wanna share it all with us." — Lenny Helsing