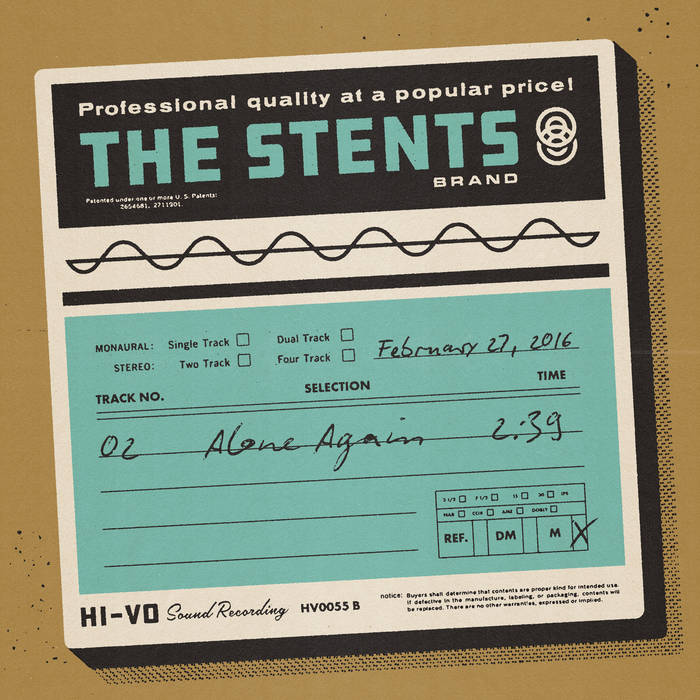 "Alone Again" is the second release from 2016's Lost Sessions from The Stents. A 2:39 power pop burner with caterwauling leads and hooks for days. This is a much-loved live tune, finally seeing the light of day!

Featuring the Pat/Steve/Scott/Sean/KEN lineup of the band in February of 2016, these were recently mixed and mastered by Simon "Woolly Bushman" Palombi in deluxe caveman stereo under the watchful ear of Pat & Steve.